From Floor To Roof I've Got You Covered (540) 830-0259 mike@aztechomeinsp.com
Schedule Now
Report Login

Aztec Home Services provides Harrisonburg radon gas testing with state of the art radon gas testing devices that have been approved by the EPA for radon gas testing during a real estate transactions. Our device can be deployed at the end of the home inspection and still maintain the EPA protocols required for accurate radon testing. The device is called a continuous radon monitor or CM, which collects hourly radon readings, has tilt/tamper detection, loss of power notification and requires a key to start and stop the test. CM’s are the only EPA approved devices that can be deployed immediately after a home inspection. Other devices known as passive devices, do not collect hourly readings and do not have tilt/tamper detection, they must be deployed 12 hours after the inspection or 60 hours prior to the inspection or the test must be conducted for 96 hours (four) days. Radon testing is not included with a home inspection, please choose Add A Radon Test when scheduling online, or let the home inspector know you want a radon gas test when scheduling over the phone.

Every home regardless of age, foundation type or an existing radon mitigation system should be tested for radon gas during the transfer of real estate. AHS has conducted many radon gas tests on existing radon systems that returned with levels over 4.0 pCi/L, the EPA’s action level. Crawlspaces, slabs on grade, basements, new and old homes have returned a result as high or higher than the EPA action level.

Normally the home inspection cost will be increased when you add a radon gas test. The type of testing device is important but usually does not change the additional testing fee. Radon gas testing in Harrisonburg, should follow the same EPA radon gas testing protocols that are used in Staunton, or even Washington State. I have conducted hundreds upon hundreds of home inspections in Harrisonburg and about 65% included a radon test. In all (every) home, has had some level of radon. So, it is not if the home has a radon level, it’s how high the level is that determines if mitigation is required. Aztec Home Services deploys RadStar Continuous radon monitors or CM’s while conducting radon tests. CM’s are the only radon testing device that EPA states can be placed at the end of a home inspection. CM’s unlike passive devices collect data and record radon levels every hour and have the ability to remove the first twelve hours of data. This function honors the EPA required, twelve hours of closed house conditions. Twelve hours of closed house conditions includes, keeping all doors and windows closed except for normal entry and exit, prior to the start of a radon test. A home inspection normally includes the opening and closing of windows and doors, which can allow fresh air into the home but can also create a vacuum on the homes foundation and increase the radon level. By allowing the home to set for twelve hours after the home inspection the radon gas reaches a state of equilibrium and provides accurate test results. Passive testing device like charcoal canisters and E-Perms are immediately exposed to the radon upon deployment. That exposure cannot be removed or deleted, which can cause false high or low radon averages.

Other factors that affect radon testing is indoor air temperatures, operating ceiling and portable fans, high pressure storms and of course the human factor. The EPA testing protocols require the indoor air temperature to remain between 65 and 80 degrees during the testing period. Ceiling and portable fans in the same room as the testing device should not be used. Tests conducted during a storm or in place as a storm pass through the area should be considered invalid and a second test be conducted, unless a CM device which provides hourly reading has been deployed. The human factor is out of the control of the radon tester and passive devices do not provide any indication or control measures to ensure tampering has not taken place. CM’s collect hourly reading, have monition sensors and other features to ensure accurate results are being collected. Without CM features it is anybody’s guess as to the homes environment over a 60-hour time frame. The seller could open a window, cover the device with a blanket or box, even carry the device outside. These factors clearly show why the closed house conditions need to be honored and why a CM is the better testing device and how the human factor can affect a radon test.

Passive type testing device can be purchased at most home improvement stores for around $10.00 and the lab fees normally cost around $50.00, which puts a test cost at around $60.00. However, during the real estate transaction, the test should be conducted by an independent party. Radon testers can also purchase the same passive testing device and charge $125.00 to conduct the test. When included with a home inspection Aztec Home Services does not charge $125.00 to conduct a radon test using the RadStar CM testing device. The EPA’s Home Buyers and Sellers Guide To Radon states “Radon is a radioactive gas that has been found in homes all over the United States. Radon typically moves up through the ground and into your home through cracks and other holes in the foundation. Radon can also enter your home through well water.” Your home then traps the radon and levels increase until a state of equilibrium is reached. “Any home can have a radon problem. This means new and old homes, well-sealed and drafty homes, and homes with or without basements. In fact, you and your family are most likely to get your greatest radiation exposure at home. That is where you spend most of your time.” Radon gas is estimated to cause 21,000 induced lung cancer death every year. Having a radon tested conducted with a device that can produce quality results is essential to your health.

The Virginia Department of Health Code 32.1-229.01 states: A. No person shall conduct or offer to conduct any radon screening, testing, or mitigation in the Commonwealth unless he (i) is listed as a professional by either the National Radon Proficiency Program or the National Radon Safety Board or (ii) meets any other proficiency measures deemed acceptable by the U.S. Environmental Protection Agency or the Board of Health for the purpose of offering such screening, testing, or mitigation. 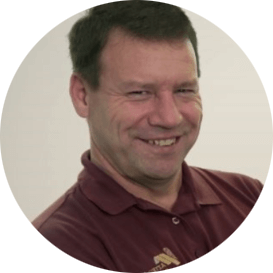